Bravely Default II: What can you expect from this Nintendo Switch exclusive? 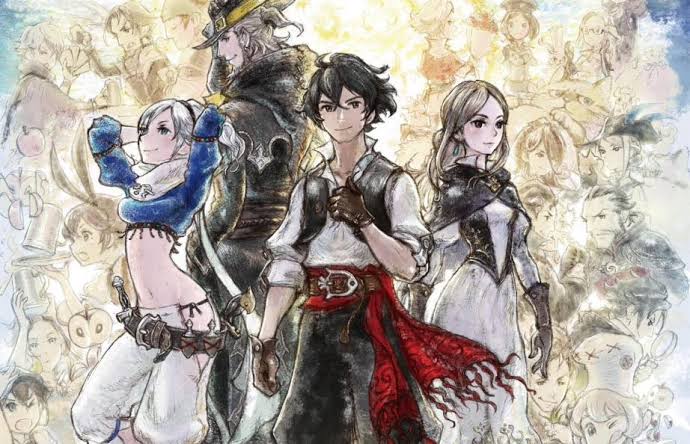 This is a game that embodies the classic RPG genre

The Nintendo Switch rolled out some pretty good titles in 2020, such as Paper Mario: The Origami King, Hyrule Warriors: Age of Calamity, some great indie titles and the MVP of them all, Animal Crossings: New Horizons. Now, what can Switch users expect in 2021?

Along with Super Mario 3D World + Bowser’s Fury and Monster Hunter Rise, we have Bravely Default 2, the newcomer in the Bravely series that began with the Nintendo 3DS.

What’s the game about?

Bravely Default 2 is a role-playing game and the third title in the series. Even though it’s got 2 in the title, it’s not a direct sequel to Bravely Default or its sequel Bravely Second. The game was announced during The Game Awards 2019.

While most of the story is unknown, we do know that it takes place on Excillant, which is a continent split into five different kingdoms. The story revolves around 4 adventurers: A sailor named Seth, a princess named Gloria, a scholar named Elvis, and a mercenary named Adelle. They have to face off against the mighty Asterisks bearers, each with their own powerful job type.

What is the kind of RPG that the game has?

Bravely Default 2 is a turn-based RPG and is predominantly old-school. The gameplay is from an overhead view, be it exploration or during combat. The dialogue is fully in English.

Bravely Default 2 will be following the extensive Job system that was found in the other two titles. The demo that was released earlier showed Freelancer, Vanguard, Black Mage, White Mage, and Monk. Once you defeat two Asterisks at the end of the demo, you will be getting access to the Bard and Beastmaster Job.

The game will be releasing on February 26, 2021 for Nintendo Switch.