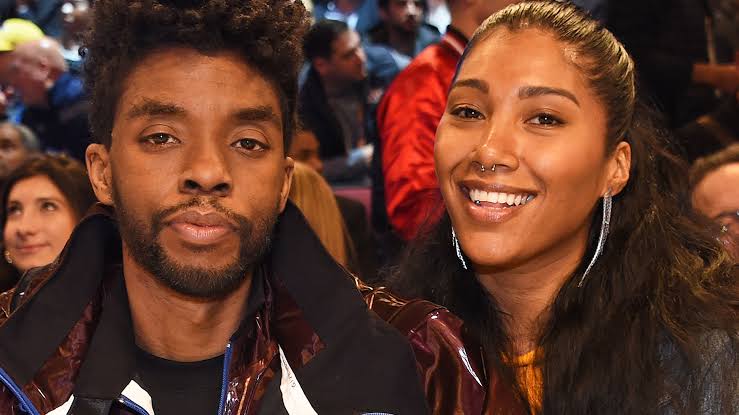 “I don’t have his words, but we have to take all the moments to celebrate those we love.”

At tonight’s Golden Globes, the late Chadwick Boseman won a posthumous award for Best Actor in a Motion Picture Drama for his portrayal of the the talented, yet troubled trumpet player Levee in Ma Rainey’s Black Bottom. The other nominees were Riz Ahmed, Gary Oldman, Anthony Hopkins, and Tamar Rahim. His role in the movie had been his final role.

Boseman’s award was tearfully accepted by his widow Taylor Simone Leeward. The Black Panther star died last summer at the age of 43 after a four-year battle with colon cancer, which he hid from the public.

Speaking about how her husband would’ve accepted the award, Ledward said that he would thank god, his parents, and his ancestors for their guidance and sacrifices. She went on, saying that he would say something beautiful, something inspiring, and something that amplifies the little voice inside all of us to keep going, the voice that calls you back to what you are meant to be doing at this moment in history.

Ledward also said while wrapping up her speech that while she doesn’t have his words, we should take all the moments to celebrate the people we love.

Boseman’s death was one of the biggest shocks that could come out of 2020, and a great many actors from Hollywood and other film industries, along with his numerous fans were devastated about the news. While honouring him, everyone also praised how he kept on going despite battling with a serious illness and didn’t complaint about it or make it public once.

You may also like: Vanessa Bryant reacts to Kobe allegations