Nvidia will distribute program for creating assets in metaverses 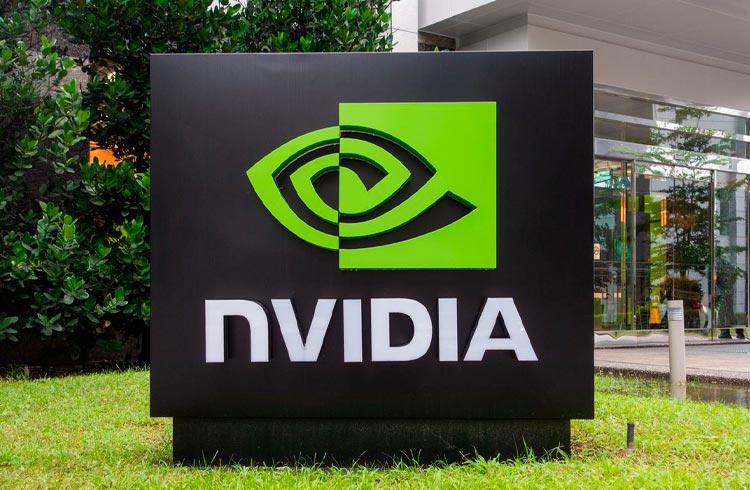 The global card maker Nvidia decided to enter Metaverse for good, as revealed to Reuters, through the Omniverse program. The software developed by the company will allow the construction of assets aimed exclusively at the virtual world.

Thus, the company will not have a product or NFT for sale, but intends to help artists and content creators to develop their projects. For this, Omniverse will be distributed free of charge by the company.

Metaverse is a concept that describes the next generation of Internet content, through which users will be able to interact with objects and other people. Technologies such as virtual reality, augmented reality, non-fungible tokens (NFT) are all part of the Metaverse concept.

Building the Metaverse – for free

Among large companies, the trend is to create their own Metaverses, as did Adidas and Meta, for example. Through these tools, companies seek to interact with their users and get ahead of the race for innovation.

Nvidia also decided to follow this trend, however opted for a different path. To be in the Metaverse, people and companies will need good programs in which to develop these worlds. And that's where the Omniverse comes in.

The program focuses on building virtual worlds and products that enrich the user experience in Metaverse. Currently, the Omniverse annual license price is US$90,000, or R$512,000 at the current price. However, Nvidia intends to distribute it for free.

Metaverse artists and content creators will have access to a free license, while companies will continue with the paid version. Thus, users will be able to create assets or worlds that can be sold later.

In addition, the company announced a series of partnerships with various markets aimed at sharing Metaverse- related content. Omniverse itself is active: artists Daz3D, Atorcore and Plantcatalog will be releasing their collections through the program shortly.

NVIDIA and the blockchain industry

According to several analysts, Metaverse will be a dominant industry in the medium term. Analyst Aaron Rakers notes that product development tools for Metaverse could build a $10 billion market within five years.

Therefore, Nvidia's attitude is not just a gesture of solidarity and support for the market. When distributing Omniverse, the company will use the works of third parties to promote the power of its tool. Therefore, the demand of large companies tends to increase, as well as the income from paid licenses.

Nvidia's relationship with the Blockchain ecosystem has been very profitable for the corporation. Over the past year, demand for the company's graphics cards has increased because of increased mining of cryptocurrencies. Its share was 125% in value thanks to the profits from this market.

Also read: JPMorgan: Ethereum begins to lose its dominance in the DeFi market

Daniel Josephhttps://celebestopnews.com/
Daniel Joseph is a graduate of the University of Southern California. He Studied Master of Communication & Media Studies. He has Been Representing his College over Platforms in the United States. He Then Joined the Daily Mail as an Intern and did his Majority of the Learning There. After that, He Gained Interest in the Entertainment Industry and Therefore he joined TMZ and worked there for 2+ years and Then shifted to Celebes Top News as the Lead Editor. You Can Contact Daniel at daniel.joseph@celebestopnews.com
RELATED ARTICLES
World

Rihanna Net Worth 2022: Is Rihanna Billionaire?