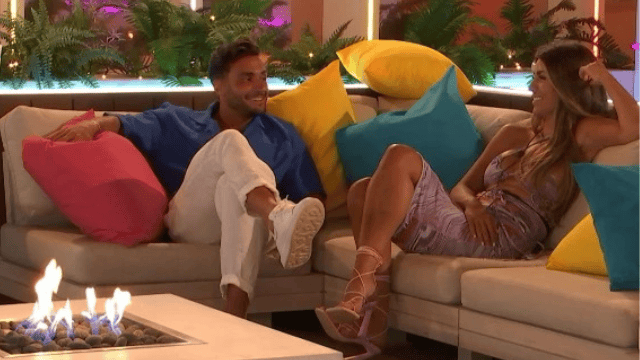 Despite Andrew and Tasha’s decision to be together in episode 22, it appears that Charlie will continue to cause friction between them in Love Island Season 8 Episode 23.

However, Andrew will have to make a challenging decision that will impact the future of his relationship with Tasha.

Indiyah will continue to learn more about Dami, and the two will love spending time together. The Paige-Jacques-Jay love triangle appears to be ended in episode 22 when Paige tells Jay she is no longer interested in knowing him.

Due to the outcome of prediction-gate, Luca now doubts Gemma’s interest in the relationship. She has however made an effort to comfort her partner. The couple had a challenging day, but they appear to be moving in the right way.

By attempting to kiss Danica, courting Antigoni, and now maybe laying the path for reconciliation with Ekin-Su, Davide has embodied the adage “never let them guess your next move.”

Before committing to her engagement with Andrew, Tasha drew Charlie aside and closed the door on any potential future romance. Dami and Indiyah are one of the most prominent couples currently residing in the villa.

Before going into Love Island Season 8 Episode 23, let’s quickly review Episode 22. In Episode 22, rivals Ekin-Su and Davide may resume their relationship in the ultimate “will they or won’t they?” situation.

When asked about her continuous attraction to the Italian, Ekin-Su revealed to Dami that there is “some sort of chemistry” between herself and Davide. Although she had previously stated that Davide moved too slowly for her, she recently told Dami, “Perhaps if I had stayed, it could have worked.”

Jay, who is currently dating Paige, made fun of Davide and Paige’s obvious chemistry. Davide was hesitant about the prospect of reuniting with Ekin-Su, but might this be the beginning of their rekindled romance?

After Jacques and Paige’s conversation on the staircase in the previous episode, viewers were rooting for them. However, not all individuals shared the fans’ enthusiasm for the moment. Jay told Paige that, at the moment, he was puzzled and believed the Welsh paramedic was sending him “confusing signals.”

Paige has remained close to Jacques since Jay opted to date her, although she has occasionally flirted with the boy from Edinburgh and could be won over by him. Prior to Paige’s departure to speak with Jay, Jacques had wanted to spend time with her.

As a result of Tasha’s relationship with the new boy Charlie, there was friction within the villa. Andrew couldn’t help but question whether she was only interested in getting to know him despite the fact that she appeared to be all-in on their connection.

In the episode, however, Tasha pulled Charlie away for a discussion, terminating any prospective relationship. She then led Andrew to the rooftop terrace for a private talk shortly thereafter.

The dancer told her partner that she was entirely devoted to fostering the relationship’s growth. Andrew, who is obviously in love, devoured her comments and was ecstatic that the couple’s relationship appeared to be improving.

Now we will examine when Episode 23 of Season 8 of Love Island will air and what will occur in it.

Sweet Tooth Season 2: How Many Different Seasons Does Sweet Tooth Have to Offer?

The Boys Season 3 Cast: Release Date | Cast Members Who Will Be Back for Season 3 of “the Boys”!

The Saga of Tanya the Evil Season 2: Cast | Trailer | What Is the Storyline? Is Tanya a Boy?

Love Island Season 8 Episode 23 will air on ITV2 on June 29, 2022. As everyone knows, new episodes air every day besides Saturday, thus episode 23 will be accessible on Tuesday.

In the forthcoming episode, Andrew and Tasha’s disagreement will intensify. Despite having feelings for Charlie, who also appeared to like her, she chose to remain with Andrew. Despite the fact that she has difficulty comprehending what Jay has done to her, Charlie decides to get to know Ekin-Su better. 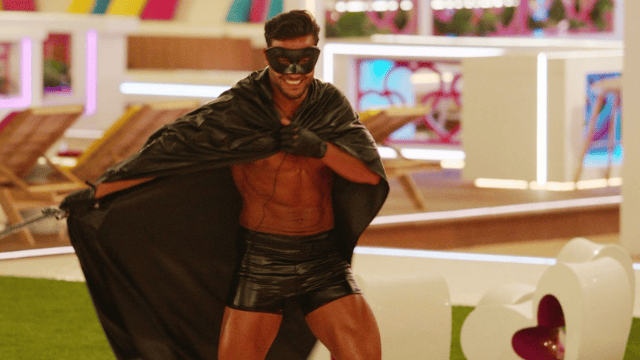 With her ranting against the traitor, she will likely bore Charlie. However, Davide will value getting to know Antigoni. However, coping with Jacques will be difficult for Danica.

When and Where Is Love Island Season 8 Episode 23 Available for Viewing?

Episode 23 of Season 8 of Love Island will air on ITV2 at 9 p.m. GMT. If ITV2 is included in your cable TV package, you can watch it live at the specified time.

But if you missed Love Island S8 E23 for any reason while it was airing live on television, or if you simply prefer to Stream Love Island, then you have access to Streaming choices. ITVhub+ will serve as the primary streaming service for the program.

However, in order to stream episode 23, you must wait at least one day after it has been broadcast on television.

The streamer also offers the option to view the program for free with commercial interruptions. Simply purchase a subscription for an ad-free watching experience.