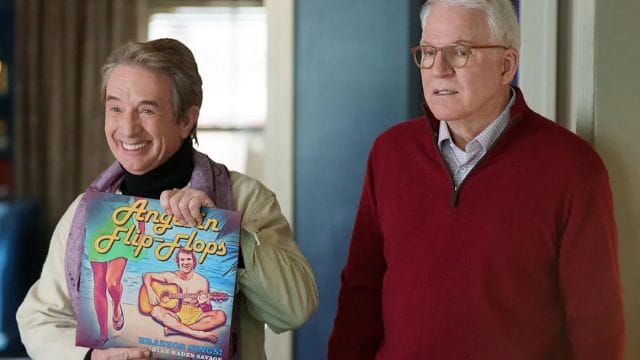 The song featured during the opening of the show’s most recent episode was produced by Paul Shaffer and co-written by Martin and ‘Only Murders executive producer Kirker Butler.

The summer anthem from the 1990s by Steve Martin and Only Murders in the Building now gets a music video.

Martin’s song “Angel in Flip-Flops,” featured in the Emmy-nominated series, was released on all digital streaming music services on Friday.

However, Hulu has just debuted an animated music video for the song, co-written by Martin and Only Murders executive producer Kirker Butler, produced by Paul Shaffer, and has its cover art.

The original breezy and beachy tune can be heard at the beginning of the show’s most recent episode, when Charles-Haden Savage, played by Martin, sings it in his kitchen. Savage recorded the song in the 1990s for his popular TV crime series Brazos.

In the show, Charles’ stepdaughter Lucy (Zoe Colletti) describes the song as a big hit in Germany, where it reached No. 83 on the charts but was halted by the fall of the Berlin Wall. It has since been “sampled by 50 rap stars.”

In one scene of the animated video, a faceless woman walks over a beach while wearing rainbows from her flip-flops. The energetic Charles smashes a giant yellow guitar pinata, and a bird head plays a trumpet solo. 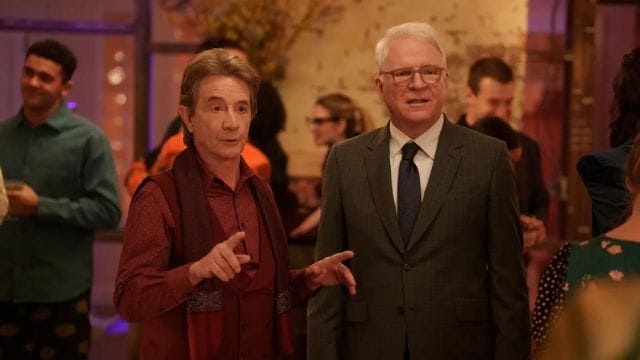 After a bulldozer stops “my teardrops” and captures enormous blue droplets, Charles’ face is subsequently visible etched into a mountainside. The video’s other vivid highlights include Charles playing the guitar inside a tank, men with strawberry heads, and ladies with rainbows pouring from their mouths and eyes.

What is the Idea Behind the Song and the Video?

The idea for the song and video, specifically that “Charles-Haden Savage, at the height of his success with his original Brazos series, may have recorded an album that did well in Germany,” according to Only Murders in the Building co-creator and showrunner John Hoffman, was brought up in the show’s writers room.

“Steve went in with Kirker Butler to create a late 20th-century classic, and then, miraculously, along came Paul Shaffer to arrange that classic that is now our ‘Angel InFlip-Flops,'” the author writes.

He continued, “I guess it was a day (if even that) before Steve had a title and a melody making its way through his genius mind, and we were more than off and running when we presented this idea with Steve Martin.

Of course, we’re all hoping for a resurgence of interest in the song in Germany and everywhere else without walls!

Jennette McCurdy Justifies Her Jealousy of Ariana Grande and Reveals When She ‘Broke’!

JJ Da Boss Net Worth 2022: What Happened to Him by Accident?

Jennette McCurdy Justifies Her Jealousy of Ariana Grande and Reveals When She ‘Broke’!