Richard Simmons Issues a Rare Statement Days Following the Release of the Documentary on His Disappearance!

Richard Simmons is making a momentary comeback to the limelight in order to convey a heartfelt message. The fitness icon reappeared on social media a few days after the debut of a documentary on his unexpected disappearance from the public eye that was produced by TMZ. He wanted to express his gratitude to his followers.

In a message that he made on Facebook on August 24, he thanked “everyone” for their “kindness and love” and signed it off with “Love, Richard.”

The post was inundated with encouraging comments from followers, with one user saying, “I can’t tell you how proud I am of you for making time for you.

You’ve already contributed a significant portion of who you are to the world; now it’s time for you to shine. Good for you. I am grateful to you for the many ways in which you have blessed and inspired me.”

A representative for Richard said in a statement that was provided to E! News that the celebrity “is overwhelmed with gratitude for the outpouring of love and well wishes from his devoted followers. He wants them to know that he is healthy and that he is sending all of his best wishes back to them in return.”

On August 22, Hulu and FOX broadcast the first episode of the documentary that was titled TMZ Investigates: What Really Happened to Richard Simmons. It focused on Richard’s life and career, as well as the various hypotheses that have been proposed to explain why the public no longer pays attention to him.

Richard made his final appearance in public in February of 2014, which was also the month that he unexpectedly ceased instructing at his fitness class.

Since then, rumors and speculations about Richard’s departure from his fitness empire have circulated on the internet, with some individuals going so far as to suggest that he is being held “hostage” in his own home.

Net Worth of Richard Simmons

Richard Simmons is a famous American fitness figure and actor who has a net worth of $20 million. Simmons is semi-retired at this point in his career. 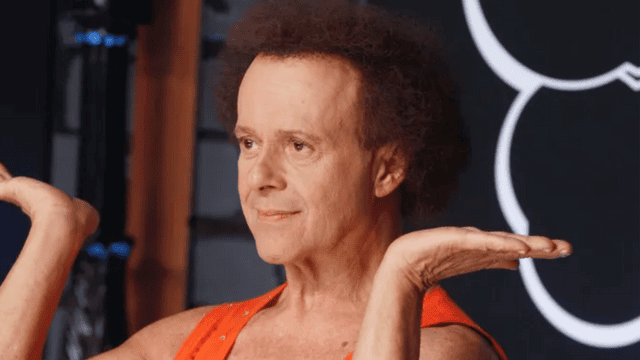 Richard Simmons is a fitness guru and instructor, but he is best known for his “Sweatin’ to the Oldies” workout series as well as his flamboyant demeanor.

He is a fervent supporter of health and has made guest appearances on a wide variety of talk shows and other programs that promote healthy living and physical activity.

In February 2014, Richard completely withdrew from public life. In 2016, there were persistent reports that a housekeeper was holding him as captive in her home. These allegations were refuted by him, and a wellness check conducted by the authorities turned up no cause for concern.

Is Jack Griffo a Gay Man? Let’s Have a Look at Jack Griffo’s Music Career!

Is Ana Gabriel Gay? Is She Married or in a Relationship?

Adam Levine and Behati Prinsloo Step Out Together Despite Allegations of Cheating!

Hilary Mantel Net Worth and What Caused Her Death?

William Shatner Net Worth: What Were Her Medical Problems?