The Voice ‘Season 23: See the All-New Roster of “The Voice” Coaches for Season 23 & Blake Shelton to Exit

Even though Season 22 of The Voice hasn’t ended yet, we already have some exciting news about Season 23: NBC has announced that there will be a small change in the roster of coaches for 2023. Everything we know is included here.

Who Are the Voice’s Season 23 Coaches?

Blake Shelton will return for The Voice Season 23, his final season on The Voice (yes, you read that right). Meanwhile, Kelly Clarkson will return to her red chair after a little absence. Music superstars Niall Horan and Chance the Rapper round out the trio, making their series debuts.

“I’m excited to be joining The Voice as a Coach for the upcoming season,” Chance stated in a statement. “I’m delighted to help other Artists advance and make the most of this life-changing opportunity.” Prepare for #TeamChance.” “I’m happy to be joining this season of The Voice as a Coach,” Horan added in his own statement. I’m excited to meet and mentor the next crop of talent as we compete against the other teams!”

While Shelton and Clarkson are well-known as Coaches, we’re as excited to see what Horan and Chance bring to the table given their amazing careers.

More Information About Niall Horan and Chance the Rapper?

Horan is no stranger to music competition shows; his world-famous boy band, One Direction, was established in 2010 on the British reality show The X Factor. (AGT’s Simon Cowell famously assisted in the discovery and management of the group.)

Billboard named them “one of the most successful boy bands in history,” with six Billboard Top 100 hits, four VMAs, four chart-topping albums, and four sold-out global tours. Horan has a booming solo career and released two successful albums after the group officially disbanded in 2016. 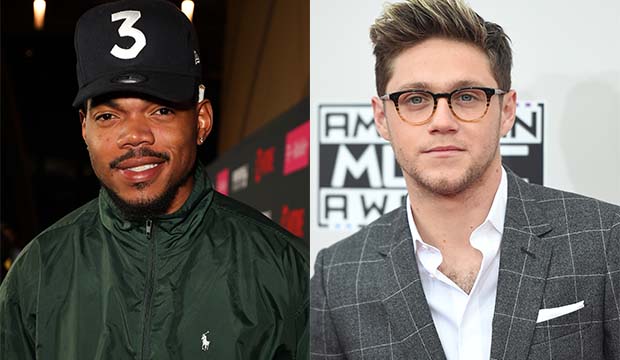 Now let’s move on to Chance the Rapper. The Chicago native gained prominence as an independent musician on SoundCloud before releasing his third mixtape, Coloring Book. It was the first streaming-only album to debut on the Billboard Charts, with 57 million streams in the first week.

Coloring Book got him three Grammy nominations, one of which made him the first male rapper to win Best New Artist. Chance has also appeared on music competition shows, most recently as a judge on Netflix’s reality rap competition series Rhythm + Flow.

So, suffice it to say, Season 23 will be very competitive. And when it comes to selecting the greatest Coaches’ team, we have no desire for the next generation of musicians.

The Voice of Mario Will Be “Unlike Anything, You’ve Ever Heard,” Says Chris Pratt!

Is the Voice Season 23 Officially Confirmed or Not?