Young Rock is an American sitcom based on the life of professional wrestler and actor Dwayne Johnson, better known as “The Rock.” After months of anticipation since the release of the final episode of the second season, which aired on May 24, 2022, viewers have only one question that has remained unanswered.

When will the third season of Young Rock debut on NBC? We can all agree with Dwayne “The Rock” Johnson’s ardent followers that the long wait has heightened excitement for the new season and spurred interest in watching new episodes more than ever.

So, if you’ve been waiting for the next part of Young Rock, we’ve got some good news: the wait is now over. If you need additional information about the series, you’ve come to the perfect place! We’ve compiled a list of everything you need to know about the official release date, plot, and cast, which will undoubtedly get you excited for the upcoming season.

Continue reading until you’ve found all of your answers.

The show was renewed for a third season in May 2022, with the launch date set for November 4, 2022, at 8:30 p.m. (ET) on Friday nights on NBC, immediately following the new comedy, Lopez. vs. Lopez. Uli Latukefu, who plays an 18-20-year-old Johnson, announced the announcement on Twitter, writing, “Season 3 of #Youngrock. November 4.” Take a look at the following post:

The comedy follows the life of Dwayne “The Rock” Johnson, a real-world recognized movie star and WWE superstar, and the different stages of his life that lead to his (fictional) presidential candidacy in 2032.

“We’re incredibly happy to be back for Season 3,” he continues.

[Johnson] is a part of everything and will be on set, which will be very helpful with the wrestling. Everything, he’s a part of it, and it’s amazing to see it all come together.”

The Voice ‘Season 23: See the All-New Roster of “The Voice” Coaches for Season 23 & Blake Shelton to Exit

Since Season 2 closed with The Rock’s shaky 1997 WrestleMania debut, we expect Season 3 to dig even deeper into his WWE career and ascension as one of the country’s most known professional wrestlers, according to NBC.

Constant told NBC Insider that he wants to see more of the sport and spend more time on film with his co-stars, whom he refers to as “brothers.”

“I love how last year we did the Christmas special where it was just me, Adrian, and Uli,” he continues. “Every Dwayne age—and Dwayne—in the same episode, engaging with each other.” That would be amazing if we could do something similar but wrestle each other.”

Season 3 will begin a year after Johnson loses the election, according to the couple. “He’s sort of gone out of the public eye a little bit,” Khan said in an interview with Entertainment Weekly. 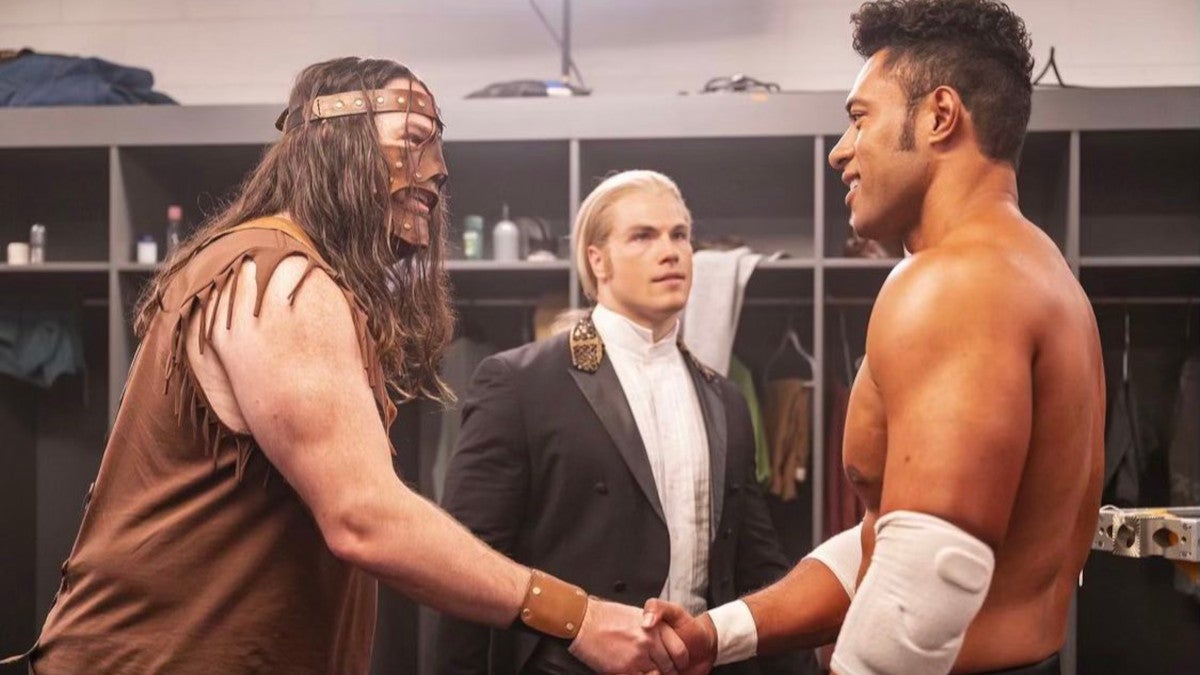 “But then he gets the phone from President Taft telling him there’s a national catastrophe and he wants Dwayne’s help.” As a result, he is dragged back into the fray.” The third film will also depict the narrative of Johnson’s dramatic change from “Rocky Maivia” to his now-famous alter persona “The Rock.”

The following are the primary cast members of the series that are likely to repeat their roles, along with their individual character descriptions:

Young Rock Season 3 is expected to have 8 to 12 episodes, which may be fewer than the previous seasons. The episodes are expected to last between 22 and 24 minutes on average. Furthermore, many series strive to keep their episode count consistent across seasons.

As a result, we recommend that fans patiently await these updates, which will be issued once the names of each episode have been decided.

In the meantime, binge-watch previous seasons to refresh your memory of what occurred. Here is a thorough episode guide for Young Rock Season 2 to help you better comprehend the plot.

Where Can You Watch Young Rock Season 3 Online?

Young Rock Season 3 and previous seasons will be accessible on NBC, fuboTV, Peacock, and Hulu Plus as they are published. Seasons 1 and 2 will also be available to rent or buy for streaming on Hulu, Amazon Instant Video, iTunes, Google Play, and Vudu. You may also watch Young Rock for free on NBC, dependent on the viewer’s location, with preferred membership and options that the user can choose from.

Also Read: Dave Season 3 Release Date: Is Dave Based on a True Story?

A season 3 trailer is a little early. We will, however, post an official trailer as soon as it is available. As of today, you may view the Season 2 trailer below:

Season 4 of Mythic Quest: Release Date, Cast, Trailer, and Everything You Need to Know!

When Will We Get Firefly Lane Season 2 Part 2? Know All the Updates Here!