The wait for a new season of your favorite anime is one of the most trying times for an anime fan. When the anime is a popular shonen series like Black Clover, the waiting game becomes even more tedious.

Black Clover is a fantasy adventure series based on Yuki Tabata’s manga writings and an anime adaptation by Pierrot Studios.

The last time we saw Black Clove was almost a year ago, and the fourth series installment will conclude in October 2021. Since then, fans have been desperate for new Black Clover content, and it appears that the wait is over.

As Black Clover season 4 came to a close, fans worried that their favorite show would be canceled, but thankfully, the show’s creators confirmed a new Black Clover movie.

The Black Clover Movie has been making the rounds for quite some time, but fans have been irritated by the lack of a release date and trailer. There is no need to headbang anymore because we have finally received some major announcements and reveals about the film.

If you’re a Black Clover fan who came here looking for updates, you’ve come to the right place; keep scrolling.

When Will the Black Clover Movie Be Released?

On May 29, 2021, the official Twitter account of Black Clover announced the decision to make a Black Clover film.

The announcement was made alongside the release of the film’s first key visual, which featured the series’ main character, Asta. A second key visual featuring Yuno was released during the Jump Festa 2022 event.

The studio Pierrot has not provided an update on the film’s release date, but the title is tentatively Black Clover Movie 2023.

In any case, creators usually release OVAs and movies after the dump months, which are January and February. Demon Slayer: Mugen was released in October 2020 and became a box-office success. As a result, we can expect Black Clover Movie 2023 to be released in the summer or spring of 2023.

Jujutsu Kaisen: This New Anime is Responsible for Revolutionising the Shōnen Genre

Spy X Family Episode 16: Release Date and Time and What to Expect?

Is the Film Black Clover Canon?

To answer the question, we must first go over the trailer in order to uncover a few hidden details.

Based on the movie’s promotional teaser, we can deduce that it will take place after the time skip and before the spade invasions arc.

We can speculate because Asta is wearing his time skip design with the added rippled-up hoodie in this trailer.

Asta is also seen walking without a devil’s arm in this teaser, which makes sense because it would contradict the timeline if it took place during the time skip but before the Spade Invasion Arc.

Yami Sukehiro was also shown in this teaser, indicating that this will take place during the time skip before Yami was captured so that he can play a role in this film. Furthermore, any Black Clover content without Yami is unthinkable.

Another thing that stands out in the trailer is the appearance of the entire Black Bull Squad, who serve as the straw hats of Black clover. If Yami and Asta are involved, the entire squad will be present by default. 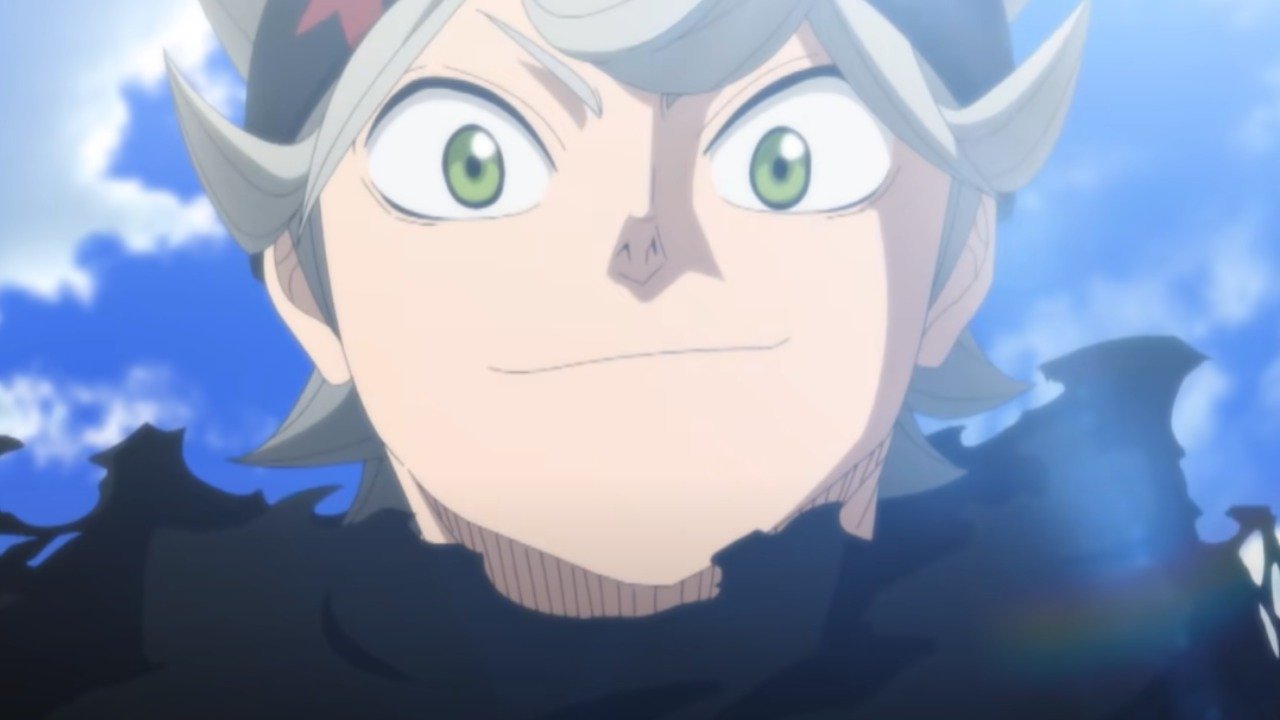 When Black Clover Episode 170 ended, it had already used 270/287 manga chapters. As a result, no source material was left for future seasons.

Furthermore, the promotional key visuals confirm that the Black Clover film will not be a manga adaptation.

Although the film is not manga material, it cannot be considered canon. Some events in the Black Clover anime occurred that did not occur in the manga.

The official crew and staff are still unknown, but studio Pierrot will return to develop the animation.

While not officially confirmed, Ayataka Tanemura confirmed in the Blu-ray release interview that he is working as the director on Black Clover Movie 2023, which is currently in production.

The following is a list of Black Clover characters and voice actors:

As with all previous Black Clover seasons, Asta and Yuno will be central to the film, but Pierrot has not yet confirmed the plot.

The promotional image depicts Asta without a devil’s arm, confirming that the film will not cover the raid on the Spade Kingdom arc.

Asta has a devil arm in that arc, so the movie will not adapt to the anime arc. The attack on spade arc has 43 chapters and is still ongoing, whereas the Mugen train movie was 2 hours long and only covered a 16-chapter arc in the demon slayer manga.

Even if the Black Clover Movie 2023 was extended to 3 hours, it could only cover about 24 to 30 chapters of that arc. Fortunately, Asta does not have his devil arm, and the image rules that out. This means that this film must take place before Asta’s devil bargains with Liebe.

The story could take place before Dante attacks the black bulls and Asta attacks the spade base, but there appears to be very little time between these events. 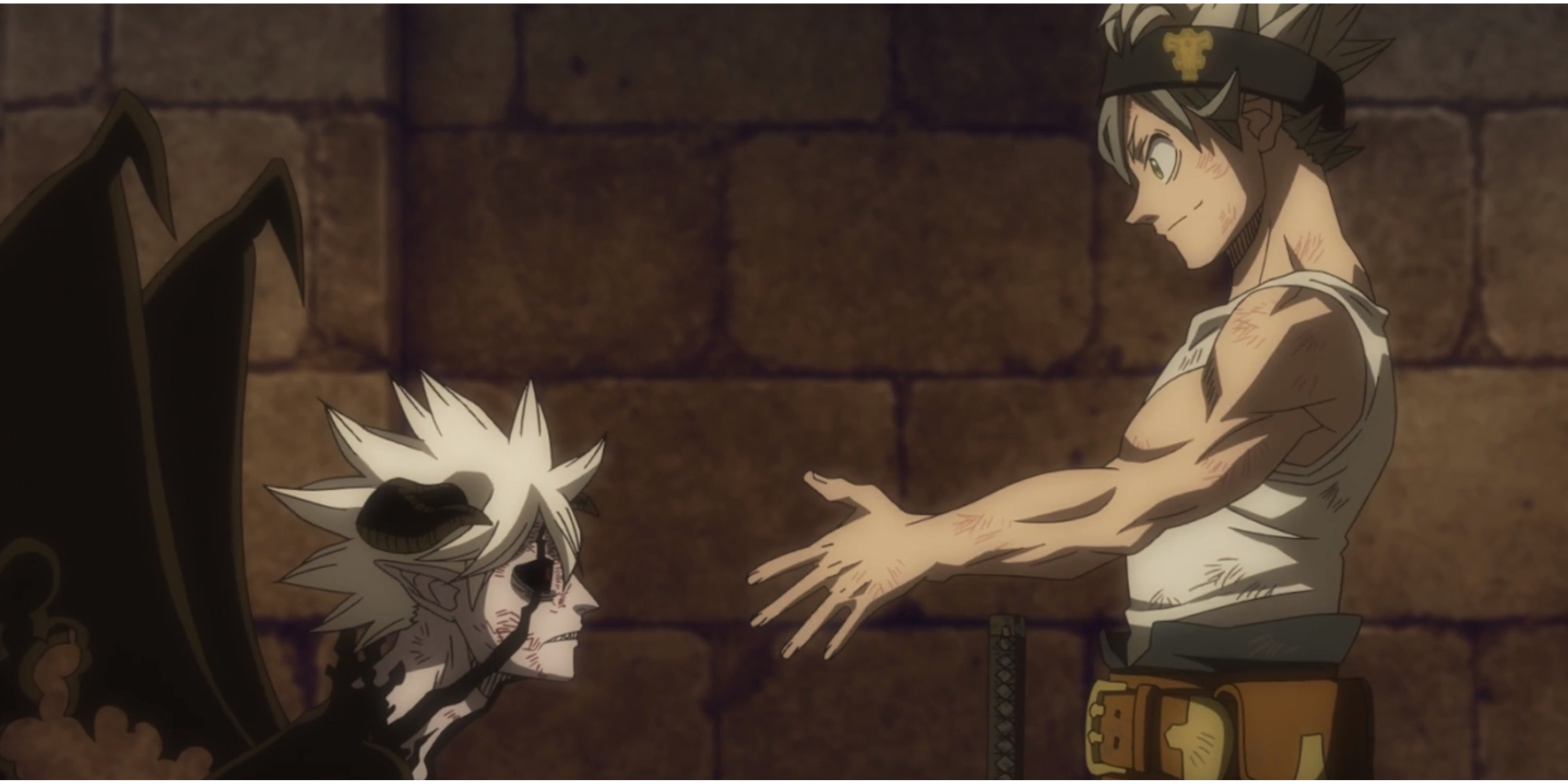 It would be much easier and more logical to fit a story at the end of the six-month time jump, and his outfit indicates that it would take place a few months after they began training in the heart kingdom.

Asta’s company may be required to leave the kingdom for a mission related to the plot of the film. Because the enemy comes to them, the conflict could occur in the heart kingdom or any other kingdom.

They may discover a hidden enemy within the heart kingdom or any other kingdom on the continent other than the spade kingdom.

The land of the sun, i.e., Yami’s homeland, is one of the fan-favorite theories about where the Black Clover film takes place.

There is some merit to this theory because Asta’s body is facing a bright sun, and there are some pros and cons of the film going there. Still, it would be interesting, and because it is off-continent, creators could introduce new types of magic, abilities, and extensions without interfering with the main series plotline.

Black Clover is a fan favorite, and ending it after only 170 episodes was a heartbreak. Fortunately, we now have a film to look forward to.

Kill The Hero Chapter 114 Release Date, and Where to Read Online?