Three years after the first season of Vinland Saga debuted, the release date for the second season has finally been announced. The creators have also released a trailer for the popular anime, which follows key events in Viking history.

Netflix and Cruynchroll have agreed to stream the show for international fans who have been patiently awaiting the release of the next season. Continue reading to see the trailer and learn when the new season will be released.

On January 9, 2023, the epic anime series will return for its second season. The show will be simulcast on Netflix and Crunchyroll, which means the weekly episodes will be released on both platforms at the same time as they are broadcast in Japan.

The new season will take place one year after the events of the first season. A trailer for the upcoming installment has also been released, showing Thorfinn working as a slave for a farmer in Denmark. Thorfinn appears to be lost in his life after being unable to avenge his father’s murder by killing Askeladd.

Einar, a new character, is then introduced, who works as a fellow slave and encourages Thorfinn to find a purpose in his life. In the trailer, King Canute the Great appears and plans to wage war against Denmark in order to create a “paradise” on Earth.

When it first aired in 2019, the show was praised for its thrilling fight sequences and captivating character arcs. The anime went on to win Anime of the Year at the 2019 Anime Trending Awards.

The official description for the second season reads, “A new millennium begins in the southern part of Denmark’s Jutland peninsula.” Thorfinn’s life lost meaning after the death of his longtime foe, Askeladd. He was bought as a “slave” by landowner Ketil and assigned to land reclamation work on his farm.” 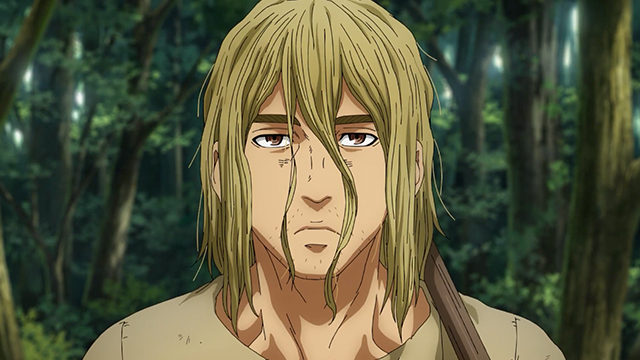 “There, Thorfinn meets Einar, a young man who was also a slave like him.” Thorfinn’s encounter with Einar forced him to confront his sins and begin to seek meaning in his life. On the other hand, Canute, who later became King of England, attempted to expand his territory in order to establish the promised land,” the description continues.

According to Director, the New Season Will Contain Unique Storytelling

Shuhei Yabuta, who directed the first season, will return as director. “Showy events will decrease, and the pace of the story will slow down,” he said of the upcoming season. However, the characters’ emotions are more intense and fiery. I guarantee you will have an unforgettable experience. I hope everyone enjoys Season 2!”

“Some may believe that the story of this season is unsuitable for an anime series, but I disagree. Certainly, the storytelling is one-of-a-kind. However, this season contains an important chapter in the overall story. And I believe it will elevate this anime,” Yabuta said on Twitter.

While the team of animators and writers remains the same, the new season is produced by MAPPA rather than Wit Studio, which was responsible for the first season.

Chucky Season 2 Episode 5 Release Date, Spoilers, Recap, and Everything You Need to Know!

The death of Askeladd marked the end of the first season. In his final moments, Askeladd tells him to keep moving forward and to go beyond the world where Thors has gone.

Thorfinn drops his father’s knife in the final scene, and we see a montage of past events on it. The Farmland Arc of the manga will be the focus of Vinland Saga Season 2. Thorfinn is also a slave to a farmer here. He is trying to figure out what else is available to him now that he has lost the opportunity to kill Askeladd.

Much of this arc is devoted to his character growth. Thorfinn has never met a new friend. While the new season appears to have traded action for drama, it is still magnificent and will bring the protagonist to the forefront. The first season was impressive, as one might expect from a shonen, but this is where the plot matures.